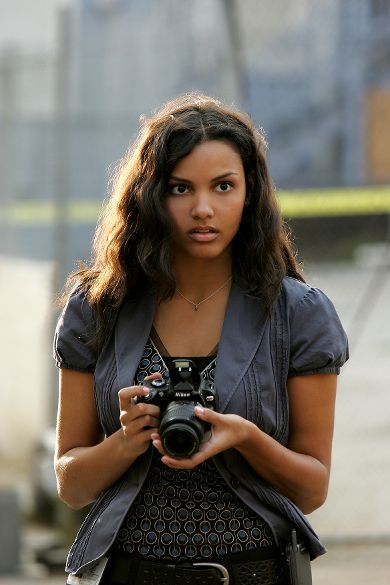 Backstory: Born and raised in Vancouver, Canada and has been acting since she was only seven years old. She began her professional training with Children's Theatre Arts from 1992 through 1994

Trivia/Random Facts: - At one point, Sara told her to find another job, not as a CSI
- In Goodbye and Good Luck, Sara told Ronnie that there was nothing they could do except for return for the body or bodies of a domestic abuser, after Ronnie tries to do help the victim. Sara tells her not to get caught up in anything.

<< Back to The Guest Characters