Back Story (from Keppler.cbs.com):
Michael Keppler was born in Trenton, New Jersey in the late 1960s to two loving parents, Roberta and Herb Keppler. His mother was a housewife, his father a plumber. Keppler was their only child.

When Keppler was three years old, Herb was killed in a car accident. Keppler and his mother were forced to move in with her younger sister, a "hippie." Ellen got a job as a secretary at Bristol Meyers Squibb. She never remarried.

Add what you know to Keppler's story.
Click EasyEdit to add to this page.
When Keppler was a child, his mother refused to allow Keppler to watch television. Instead, he read voraciously and played sports on the streets. He was forced to grow up fast, becoming the tough Jewish kid in an all-Irish neighborhood while at school and emerging as the "man" around the house.

In high school he was a tight end on the football team. As for music, he listened to Pink Floyd, Squeeze, R.E.M. and dabbled in Metallica. He never tried drugs but he enjoyed drinking beer out in the woods with his buddies. During his sophomore year, his aunt moved to New Mexico, leaving Keppler and his mom to manage the rent and expenses alone. To help out, Keppler got a job in a local garage and learned all about cars.

When he was a junior, Keppler met Amy, a freshman. He was smitten instantly. She was smart, gorgeous and a star athlete on the track team. It took Keppler months to find the courage to ask Amy out, even though he could have had any girl in the school.

Keppler and Amy fell in love. During his senior year, they planned to get married after she was finished with high school. He wanted them to move to Manhattan where he would become a fireman and she could raise a family. They dreamed of living in a rent-controlled apartment on the lower east side, back when those things were still possible.

Sadly, it was not to be. Amy committed suicide. Keppler's grief forced him to make some bad choices which nearly ruined his own life. But when Amy's father Frank stepped in, he became Keppler's savior and surrogate father.

Frank had lost his wife a year before losing Amy, his only daughter. The two men forged a bond in grief and love. At that point Keppler became immersed in his studies. Frank used the money he'd saved for Amy to help put Keppler through college at the prestigious SUNY Binghamton.

In college, he excelled at everything except socializing and sleep. He became plagued with nightmares. While he was well-liked by everyone, he didn't let anyone get too close. He dated here and there but it was never love. He felt dead inside. He went on to earn a Master's Degree in Chemistry from the John Jay College of Criminal Justice (a CUNY school.)

Shortly after his graduation, Keppler's mother was diagnosed with bone cancer. He returned home to care for her and began his life's work as a criminalist. Once his mother died, there was nothing left for him in Trenton. He accepted a job in Philadelphia and wanted to start a new life.

While there, he met and married a pretty, if less than challenging, woman. Keppler settled into a suburban life for five years. It was quiet, it was comfortable and it was shattered completely when the pieces of his past, which he thought he'd left behind forever, came back to haunt him.

His marriage disintegrated. Nightmares led to chronic insomnia. Amidst all this, Keppler managed to lead an exemplary work life, filled with promotions and commendations. He was the envy of all his co-workers. But the secret he harbored was a painful, double-edged sword. So Keppler tried running from his past once again, this time escaping to a new job in Baltimore. It didn't take long before he got the call he feared most. Again, he left. This time he transferred to Las Vegas, where he hoped the miles would put enough distance between himself and his troubled past. When he came to Las Vegas, he developed chemistry with one of his new co-workers, Catherine Willows.

Unfortunately, taking the Las Vegas job didn't help Keppler move on from his troubled past for long. The victim of a robbery/homicide at the Mirage was an old friend, Detective Dennis Graves of Trenton PD and his hooker date, Courtney Evans, and the prime suspect was Frank McCarty, Amy's father. When Frank revealed to him that he killed them, Keppler reluctantly agreed to help cover it up. He later found out that another hooker was in that hotel room and that Frank is after her now. With this, Keppler went under the radar to find the hooker and stop his old friend.

At the Blue Siren Motel on the strip, Frank walked into Suzy Gibbons' room and pulled a .45 ACP service pistol at her, but not before Keppler stepped into view with his gun aimed right at Frank's head. Keppler told Frank that he knew that he raped his own daughter. Keppler had killed an innocent man for what his own friend had done. Frank tried to reason with him, but a disgusted Keppler wouldn't stand for it.

Suddenly, the hooker tried to escape. Frank picked up his gun to kill her, but instead shot Keppler in the chest. Catherine, hearing the shot and seeing the hooker run out of the room, ran in with her gun drawn. A horrified Frank raised his weapon, but not before a wounded Keppler plugged six shots into Frank, killing him instantly. The paramedics worked vigorously to stabilize Keppler, but it was too late. 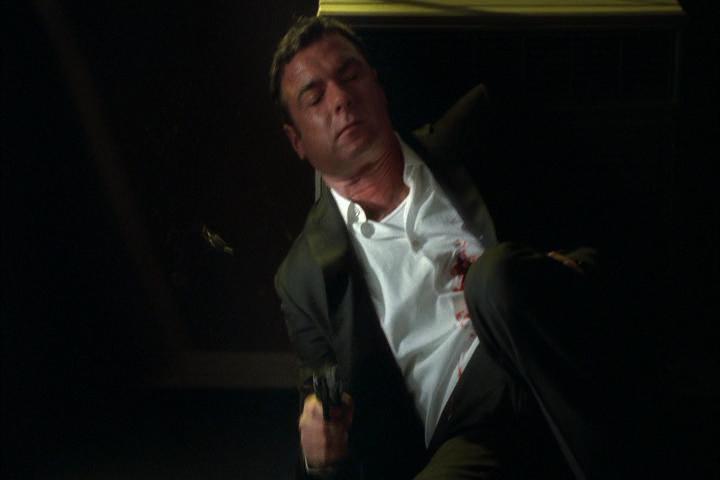 Michael Keppler died of a single gunshot wound to the heart. 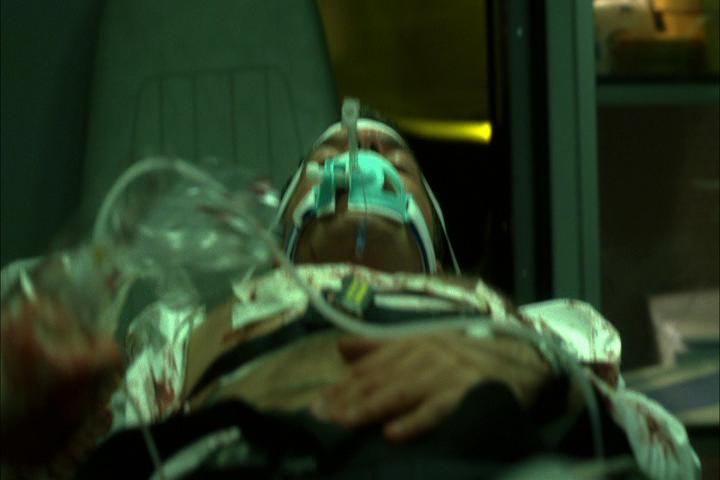 Michael Keppler killed a man in Trenton, because he was led on by Amy's father that that man had raped her. All along though, it was Amy's father.