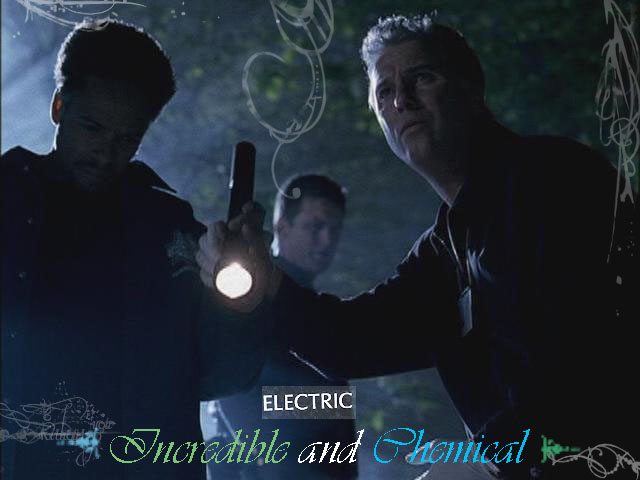 Though much forgot about, these two make a formidable pairing; brain and brawn, wisdom and youth. Grissom has taken up the duty of being the mentor to the quick tempered Warrick and Warrick's Occam's Razor approach sometimes opens a new perspective to Grissom. With the death of Holly Gibbs, Grissom retains Warrick on the team even with the calls to have him fired and trusts him to control his gambling problem. After the 2nd season, they worked almost completely separate but a glance and a nod can show there might be more lying under the surface.

Warrick has shown his dislike for Sara and Sara for him; competition? Who knows? Even after Warrick was moved to Nick and Catherine's team, he met with Grissom to have one more goodbye just between the two of them. The scene is almost painful to watch; they both are almost fighting tears and a phone call from Catherine saves anymore from being sad.

Grissom hasn't had much to say about him being married either. Maybe he's just avoiding the subject. But c'mon, who remembers how long they've known a person down to the day without them meaning something to them?

Quotes:
Grissom: I was flying to a seminar in New Hampshire a couple of summers ago. I was sitting in the plane next to a
Philosophy Professor from Harvard. He told me this story about how every morning he takes a leak right after his
three-hour philosophy class. He flushed the toilet there'd be this tiny brown spider fighting for its life against the
swirling water. He came back the next day, flush. Same spider, clawing its way back from oblivion. A week goes by,
he decides to liberate the spider. Grabs a paper towel, Scoops him up and sets him on the floor in the corner of the
stall. Comes back the next day and what do you think happened to the spider?
Warrick: Dead.
Grissom: On his back, eight legs up. Why? Because one life imposed itself on another. Right then I realized, where
we stand. For the first time I understood our role. We don't impose our will. We don't impose our hopes on the
evidence.
------------
Grissom: "The evil men do always lives after them. The good is often interred with their bones."
Warrick: Shakespeare?
Grissom: [nods] Julius Caesar.
------------
Warrick: Who brings a gun to a knife fight?
Grissom: The winner?
------------
Warrick: What about you Gris? What were you in High School?
Grissom: I was a ghost.
-----------
Grissom: I've already lost one CSI today, I don't want to lose another. [Hands Warrick by his ID and gun].
Warrick: I won't let you down. 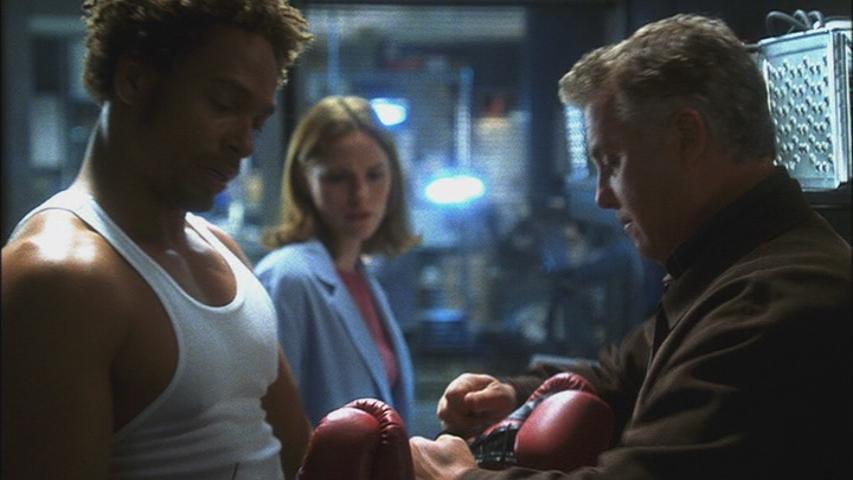 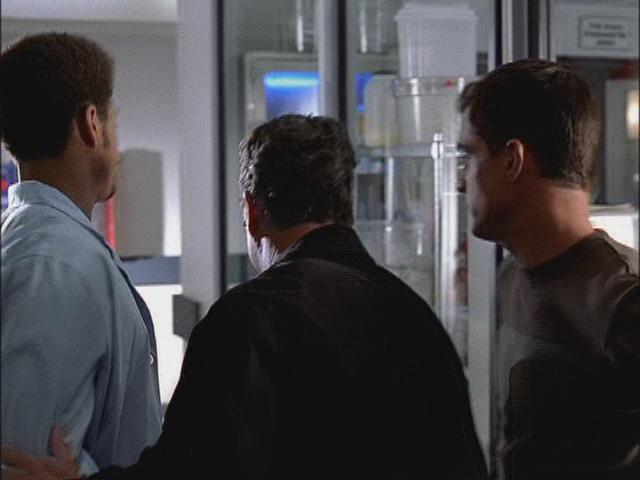 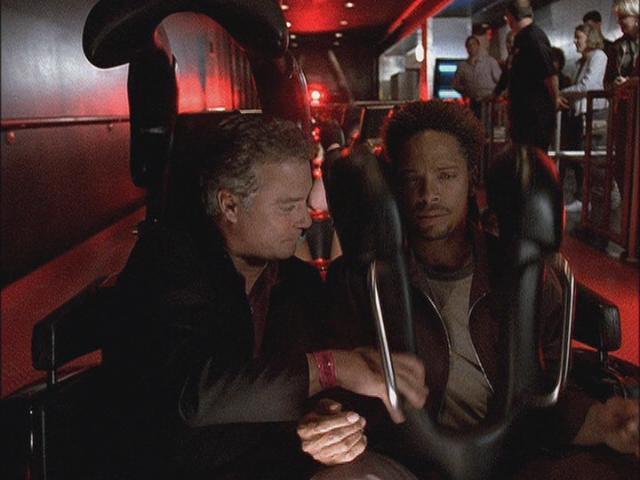 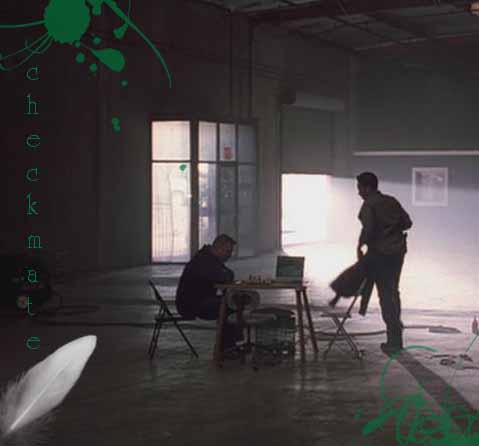 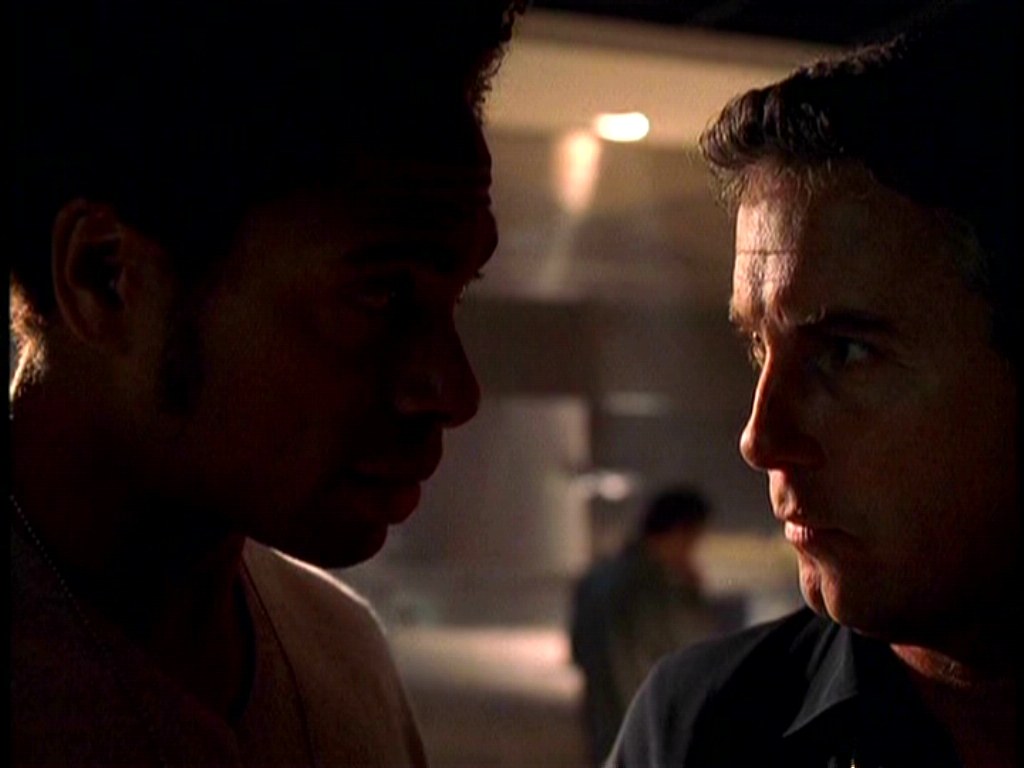 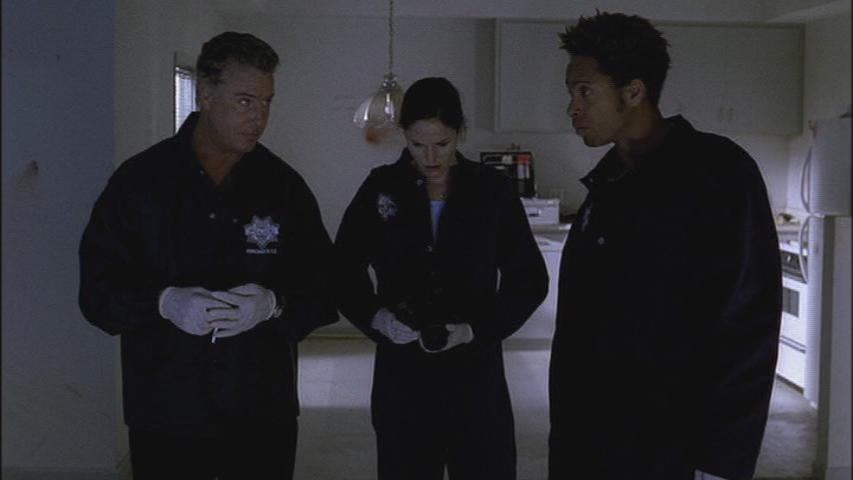 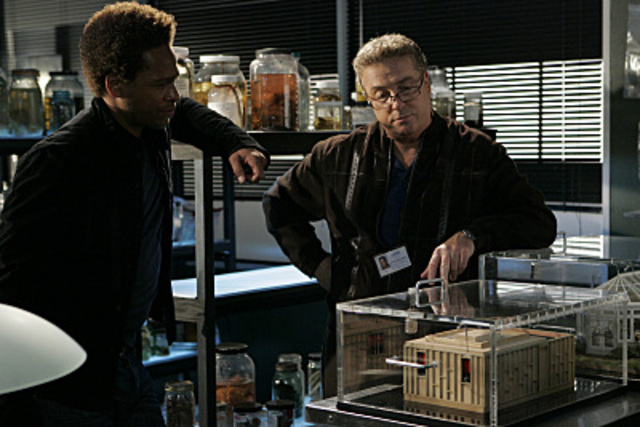 An archive of Gil/Warrick slash.