See more GSR Photos | Watch GSR videos | Talk about our favorite couple
Learn the History of the "Geeklove" : GSR for beginners | GSR Timeline
She Loves Him, He Loves Her. She is Gone, He Is Lost.
GSR Songs timeline | Meet the Grissoms | The GSR Reunion!
GSR- Grissom and Sara 4 life!!! 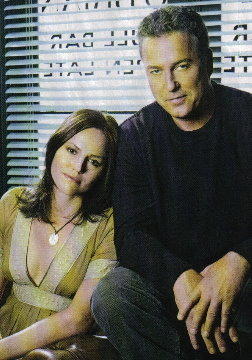 After years of either ignoring, denying, or misunderstanding their feelings for each other, Grissom and Sara were finally revealed to have been romantically involved for some time in the Season 6 finale, "Way to Go" (Episode 6X24).

Thanks to Petersen's and Fox's palpable on-screen chemistry, the sexual tension between Grissom and Sara has been oozing out of our TV screens since their first appearances together in Season 1. However, while their feelings for each other were blatant to fans, they remained unacknowledged (to each other) for years. Clues that their relationship had changed surfaced early in Season 6 and fans began to wonder if they were already a couple and keeping it a secret from the audience as well as their colleagues. As it turned out, they were.

While their romantic relationship is no longer hidden from fans, they continue to keep it a secret from their colleagues. But are these investigators really in the dark? Lurking beneath the surface of their professional relationship there was always a deeper connection and hints of romantic feelings between them. In "Butterflied" (Episode 4x12) Grissom finally revealed his conflicted feelings for Sara to the audience, a suspect, Brass, and finally, unknowingly, to Sara. Having picked up on the clues for years, discerning fans were not surprised by Grissom's admission.

Most of the GSR (past and present) happens behind the scenes. Fans don't expect the Grissom/Sara romance to dominate CSI, however writers and producers seem to be overly cautious in how they portray the relationship as evidenced by the fact that Grissom and Sara have yet to touch on screen. GSR fans are patiently (or impatiently) anticipating the physical manifestation of their relationship. Will Sara Sidle become Sara Grissom?

All through the seventh Season, GSR fans got to see Grissom and Sara flirt with each other off and on throughout the episodes. In the episode "Happenstance", we learned that the two colleagues were now living together. After numerous GSR-filled scenes through the rest of the season, the season finale finally came. "Living Doll" ended with Sara being kidnapped by Natalie (the MCSK) and placed under a car in the middle of the desert. Since only Natalie knows where she is, Grissom and the rest of the team are at a loss. The only thing GSR fans can do is wait until Episode 8x01 "Dead Doll" aires on September 27th. 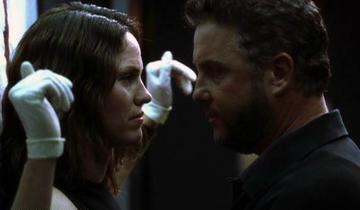 A sizzling moment between Grissom and Sara
--Season 4, "Invisible Evidence" 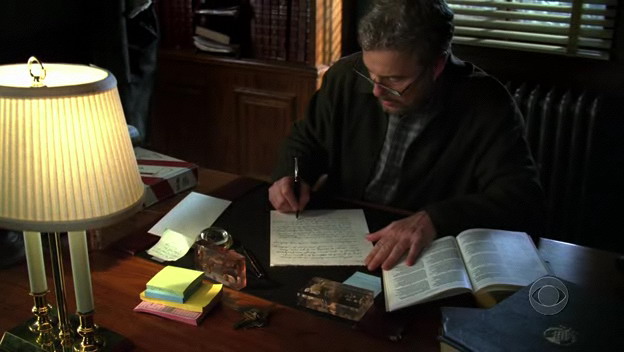 Our parting was awkward. I don't know why I find it so difficult to express my feelings to you. Even though we're far apart, I can see you as clearly as if you were here with me... I said I'll miss you, and I do.

As Shakespeare more aptly wrote my sentiment in sonnet 47...
Betwixt mine eye and heart a league is took, And each doth good turns now unto the other: When that mine eye is famish'd for a look, Or heart in love with sighs himself doth smother, With my love's picture then my eye doth feast And to the painted banquet bids my heart; Another time mine eye is my heart's guest And in his thoughts of love doth share a part: So, either by thy picture or my love, Thyself away art resent still with me; For thou not farther than my thoughts canst move, And I am still with them and they with thee; Or, if they sleep, thy picture in my sight Awakes my heart to heart's and eye's delight. 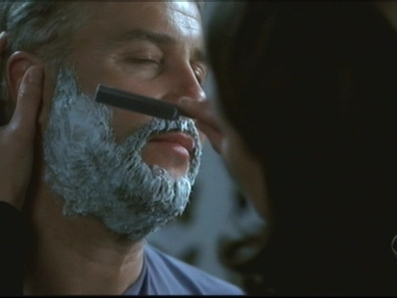 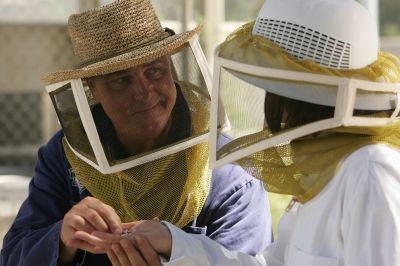 "Y'know, maybe we should get married.."
- Season 8, "Case of the Cross-Dressing Carp"

You know I love you. I feel I've loved you forever.

Out in the desert, under that car that night, I realised something and I haven't been able to shake it.

Since my father died, I spent almost my entire life with ghosts. We've been like close friends and out there in the desert, it occured to me, that it was time for me to bury them. I can't do that here.

No matter how hard I try to fight it off, I'm left with a feeling that, I have to go. I have no idea where I'm going, b ut I know I have to do this. If I don't, I'm afraid I'll self-destruct, and worse, you'll be there to see it happen.
Be safe.

Know that I tried very hard to stay. Know that you are my one and only. I will miss you with every beat of my heart. Our life together was the only home I've ever really had. I wouldn't trade it for anything.

I love you...I always will.

Following The Evidence Through the Seasons: It Doesn't Lie

9x01: Sara returns after hearing of Warrick's murder. They embrace in Grissom's office.
9x02: Grissom and Sara cuddling in bed. She asks him to take a trip with her. He asks her to stay
9x02: Grissom indirectly tells Sara to leave him, which she does.
9x10: Grissom leaves Vegas to go to Costa Rica to find Sara
9X10: Grissom finds Sara and they kiss.

10.01: Sara returns to Vegas to work. We find out her and Grissom are married.

GSR From the Perspective of Other Characters


1x20 Sounds of Silence
Warrick: "You just don't like any other women in his life."

4X17: XX
Sara: "Entomology textbook...Grissom gave it to me last Christmas, when I can't sleep I read."
Nick: "Funny, I didn't get a Christmas gift from Grissom...(to Hodges) Did you?"
Hodges: "No."

5x13 Nesting Dolls
Ecklie: "I've been there. We get attached to people, we try to fix their problems. It doesn't work."
Grissom: "She's a great criminalist, Conrad, and I need her."
Ecklie: "I'm sure you do."

GSR: What the Actors, Producers, and Media Say

"For years CSI fans have been wondering if there was more going on between Grissom and Sara than meets the eye. Well, last night we found out that the answer is DEFINITELY YES."


“And I think that’s what’s interesting to me, and always has been, which is why I never wanted the relationship to go away. I wanted the, I think Jorja and I both wanted this thing, we know we have chemistry and we know we can play off it and we enjoy it. It’s just like in any relationship, if you run into somebody where that feels right for, you don’t want to give it up, so you do things to protect it."

“I think that we didn’t show too much at the end of last season. And what did we show? Did we show anything? No. We know that they’re intimate. But they may be intimate in the way that a married couple is intimate. That they’ve already done all that other stuff and now they just hang out and talk about what they did today."

"We're not turning into a soap opera but we're going to see their anger with the world, and them reaching out to each other."

- Naren Shankar in an interview with TV Guide, September 2006

"Sure, Sara loves Grissom in the buff. But I don't think that's what the scene was about. One of my favorite things was Grissom talking about the nearness of death for these characters. And maybe they go home after the thing's they've seen and have some tenderness of their own."

"Grissom has a greater understanding of his feelings for Sara [Jorja Fox] when he returns. He's so excited to see her but she's less excited to see him...in part because she spent the day in a landfill. But later we are going to see them in Grissom's apartment."

- Carol Mendelsohn in an interview with TV Guide, February 2007

GSR: What the Fans Say