This page is dedicated to the Gil/Nick pairing. Remember, if you are not interested in or somehow offended by this pairing, for whatever reason, please go elsewhere and leave the flaming at the door. Thank you 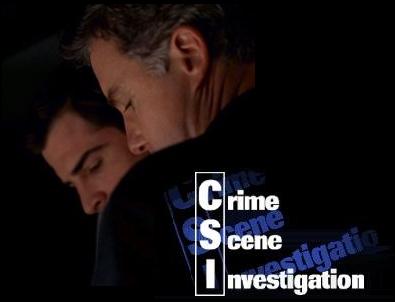 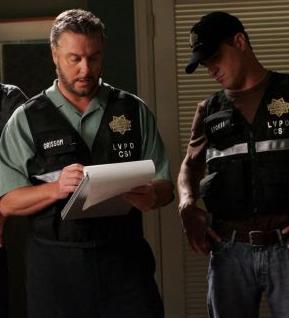 Grissom (To Nick): Anybody who's great at anything, Nick, does it for their own approval not someone else's.
(Evaluation Day, 1x21)

Nick: Grissom should enjoy this.
(Anatomy of a Lye, 2x21)

(Nick sees Grissom examining the Magic Fingers)
Nick: Haven't you ever seen one of those before?
Grissom: Not in person, no.
Nick: Magic Fingers. Twenty-five cents for 15 minutes of vibration. Died a
slow death in the '70s due to vandalism and seedy connotations. Good for sex. Good for sleep ... too.
(Assume Nothing, 4x02)

Nick: Well, that's just what the physical evidence was telling us. We should have dug deeper. You can't just ignore the human element, Grissom.
Grissom: I agree, Nick. But when you start to have feelings for the people involved, you risk your objectivity.
(Eleven Angry Jurors, 4x11)

Grissom: Look, I really don't wanna talk to you. Where is my guy?
Mr. Gordon: Oh, so... he is your guy, huh?
Grissom: Yes, he is. Where is he buried?
Mr. Gordon: Are you two close?
Grissom: That is none of your business.
Mr. Gordon: What does Nick Stokes mean to you? How do you feel when you see him in that coffin? Does your soul die every time you push that button? How do you feel, knowing that there is nothing you can do to get him out of that hell?
(Grave Danger (1), 5x23)

Grissom: Nick! (Nick can see Grissom) Can you hear me? (Inside the box, Nick quivers and shakes) It's gonna take us a minute to get you out of there, okay? Nick! (Nick's not listening, as he continues to hit the cover of the box with his hands) Poncho! (Nick reacts to the name and stops struggling, Grissom puts his right hand on the cover of the box) Put your hand on my hand. (Nick puts his left hand directly under Grissom's) Good. Now listen. There may be explosives under the box. They're probably set on pressure switches. We need to equalize your body weight before we can pull you out, okay? (Nick is breathing heavily in the box) Poncho, nod your head if you understand me. (Brief moment and Nick slowly nods, Grissom gives some orders) All right, Poncho, we're gonna open the lid to get you out but I need you to stay lying down. Okay? Or else you'll blow us all up. (Nick nods) You understand that?
Nick (Barely audible): Yeah, yeah.
Grissom: Do you promise? (Nick nods) Poncho, say, "I promise."
Nick (crying): I promise.
(Grave Danger (2), 5x24)

Season 1
Grissom risks his own life to save Nick when he is held at gunpoint by an unstable Amy Hendler. (Who Are You? 1x06)

Season 5
Grissom calms Nick down when the team are trying to rescue him from being buried alive. Grissom puts his hand on the surface of the glass box in which Nick is buried, and NIck reaches up to put his hand under Grissom's. Grissom uses the name "Poncho" when talking to Nick - the nickname given to Nick by his father. (Grave Danger, 5x24)

Season 7
Nick gets upset when he finds out Grissom is leaving on sabbatical, as he thinks Grissom will not be coming back. He shows his feelings by hugging a surprised Grissom. (Leaving Las Vegas, 7x11)